It's depth and intelligence and passion and emotion that sets Sakey apart. 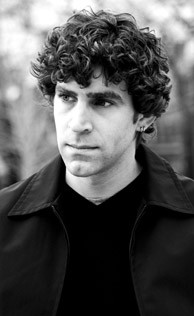 Marcus Sakey’s thrillers have been nominated for more than fifteen awards, named New York Time‘s Editor’s Picks, and selected among Esquire Magazine‘s Top 5 Books of The Year. His novel GOOD PEOPLE was made into a movie starring James Franco and Kate Hudson, and his other books are in various stages of development for film.

Born in Flint, Michigan, Marcus fell in love with story at a young age. At five, when other kids were hoping to be rock stars and astronauts, he dreamed of becoming a novelist. He attended the University of Michigan before beginning a decade-long career in television and advertising, which gave him “plenty of exposure to liars and thieves”—the perfect apprenticeship.

His debut thriller THE BLADE ITSELF was sold at auction and published to wide critical acclaim, allowing him to work full-time as a writer.

To research his novels, Marcus has rappelled with SWAT teams, pub-crawled with bank robbers, dissected a human brain, chased pirate treasure, and learned to pick a deadbolt. He is a certified SCUBA diver and sailing captain, a rock climber, an accomplished carpenter, a spice junkie, and “a hell of a cook.”

Marcus was the host and writer of the acclaimed television show Hidden City on Travel Channel, for which he was routinely pepper-sprayed and attacked by dogs.

He lives in Chicago with his wife and daughter.